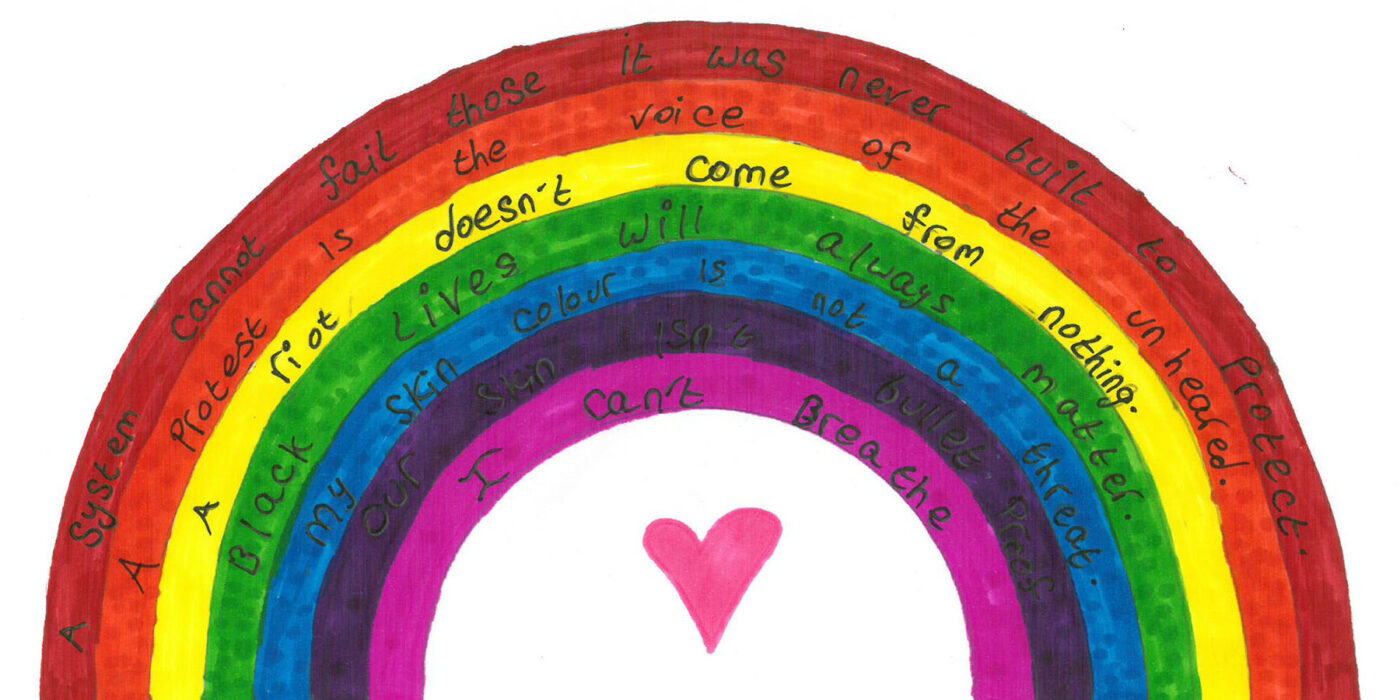 Clumber Care has been celebrating Black History Month with the young people and staff working together on a project focused around Black Lives Matter, a movement fighting against police violence and racial injustice that has grown in prominence since 2013.

Amy and Kim, two of our team members, spent some time discussing the subject of black history with three of the young people we care for at Clumber. The discussion demonstrated how strongly everyone felt for equality, diversity and inclusivity, especially the importance of the Black Lives Matter movement and the senseless treatment of George Floyd.

This talk inspired the group to create posters to visually express their support and strong feelings on the subject.

All three posters created during this activity re-enforce the support our young people have for Black Lives Matter and send a strong message that racism is never ok.