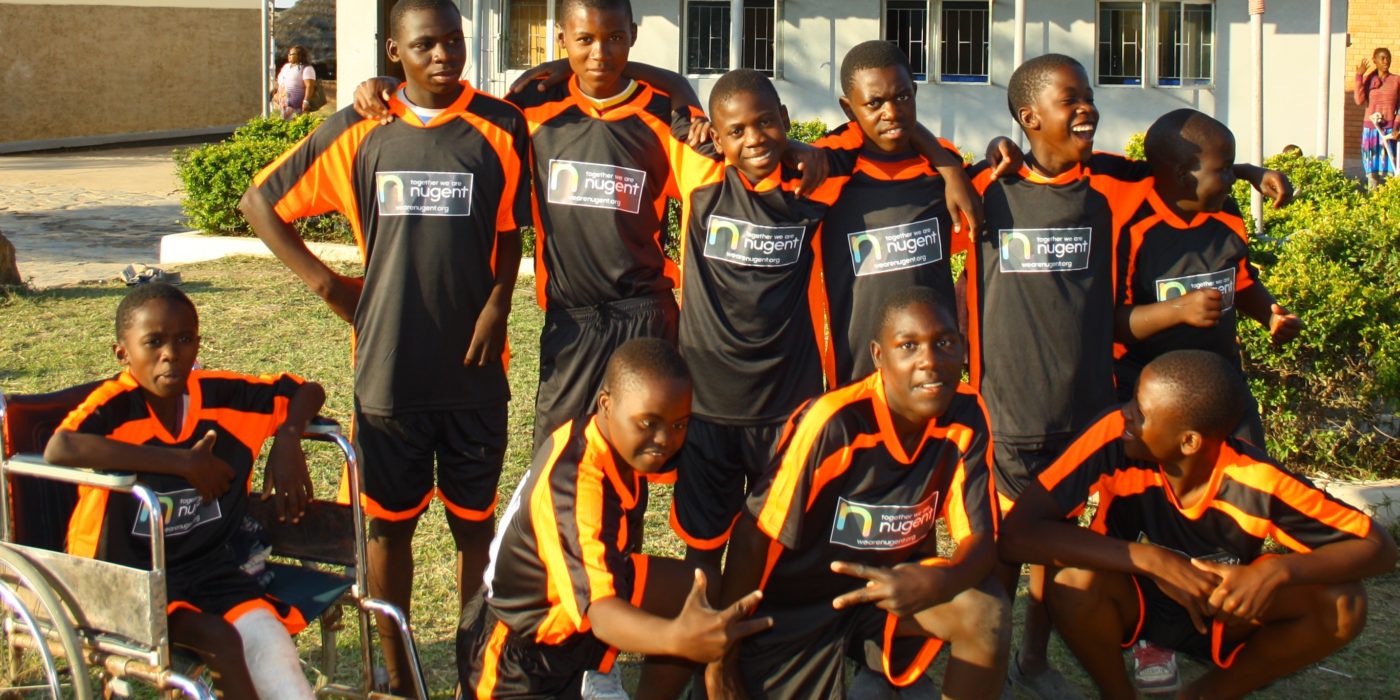 In June staff across Nugent held a ‘Wear your Footy Shirt to Work’ day to buy a football kit for the children and young people at St Mulumba’s Special School in Choma, Zambia.

The school’s team have been playing in t-shirts and shorts and said they would love to have a proper team football kit. So we obliged and through the money raised where able to send a full team strip, and they have sent us some great pictures back. As you can tell the boys are really pleased with their new kit. 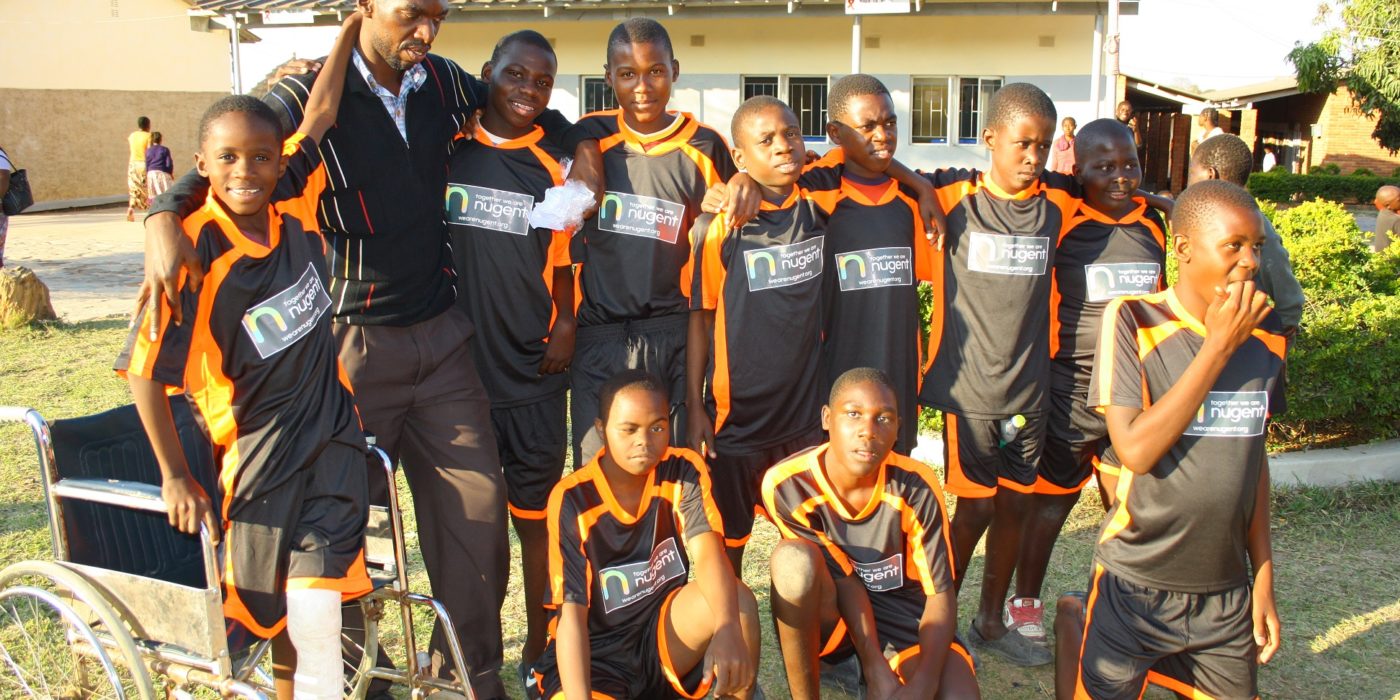 We also received a lovely thank you letter:

To the Staff at Nugent from the Staff & pupils at St. Mulumba’s Special School

We were excited when we heard of your generous gesture to buy a strip for our football team.

When the bag was opened and the black and orange strip appeared we were very happy.  Did you know orange and black are colours in Zambian flag as well as green and red?  We will wear the strip with pride and think of the people who sent it to us.

We have played well recently and came second in the national league.

Thank you for thinking of us.

The school is in Choma, which is a market town and capital of the Southern Province of Zambia, lying on the main road and railway from Lusaka to Livingstone. The population of Choma is said to be about 247,860 people and it serves as the commercial hub for the central region of the province. The Nkanga River Conservation Area lies nearby.

Choma is also the headquarters of a district of the same name. Most of the district lies at 1400 metres above sea level.

Thanks to MasPrint for their support