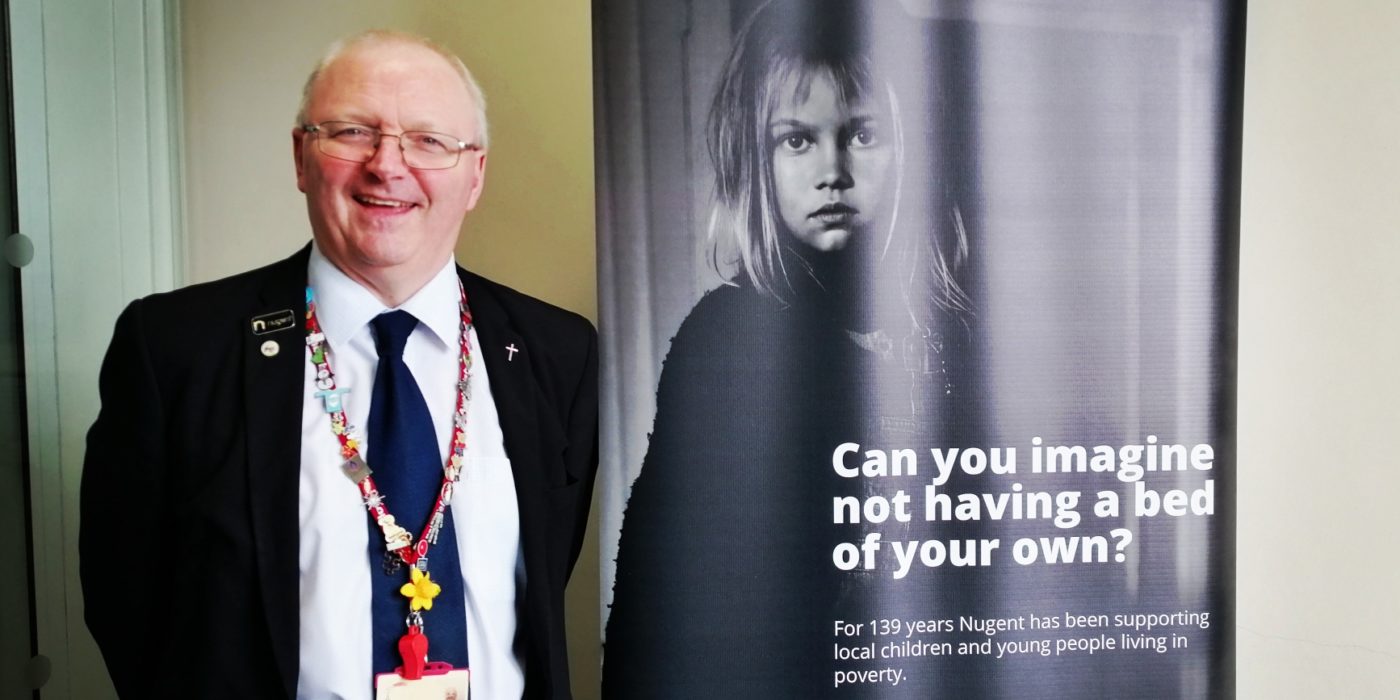 Peter Benson who has been Chaplain at Archbishop Beck Catholic College for 19 years recently visited us to share his memories of the Good Shepherd Appeal and tell us more about the College’s fundraising plans for this year’s appeal.

Peter, who attended St Benet’s Catholic Infant School, Bootle in the late 1960’s vividly remembers attending the Good Shepherd Masses, which back then used to take place on a Sunday afternoon.

Peter remembers one year in particular when he and his brother (who was in the Juniors) both wore their school uniforms to attend Mass.

Not all pupils would wear their uniforms with it being on a Sunday. Historically, four children from each school would attend the Good Shepherd Mass and would receive a ticket upon arrival to the Cathedral.

Peter remembers the Cathedral being full to capacity and you would be lucky to get a seat! People would sit upstairs in the Cathedral and the Primary Schools in attendance would sit in the front benches, with the High Schools towards the back.

Back then, all schools across the Archdiocese would send representatives. There would be a coach/bus that would collect pupils from different schools in key areas. Peter remembers the bus collecting him and his brother from Marian Square, very close to where they lived.

Peter remembers as part of their fundraising efforts in school that they would buy things in return for a donation for Nugent. Peter remembers the local Parishes and Union of Catholic Mothers also getting on board and supporting the annual Lenten appeal.

You can read more about our charity, and the Good Shepherd Appeal here.

Peter has supported Nugent in other ways across the years, having taken part in Strictly Nugent in 2016.

Today, in the school where Peter works, he continues to support the appeal each year and last year Peter and representatives from Archbishop Beck Catholic College led the banner procession at the mass in the Cathedral.

Peter will once again be leading this year’s banner procession. In Peter’s school, each of the form classes are set with the task to develop their own fundraising activities in aid of the appeal. There will also be some Easter Eggs at the end of it all as well with a chocolate bonanza finale to their fundraising for Nugent!

Find out more about how your schools can take part in Good Shepherd.

This year’s Good Shepherd Masses at which the children will be invited to present their fundraising donations, will take place on the following dates and both Masses will be led by Bishop Tom Williams:

The Metropolitan Cathedral of Christ the King, Liverpool

At both masses, the children will be invited to present their fundraising donations. Please make cheques payable to Nugent.